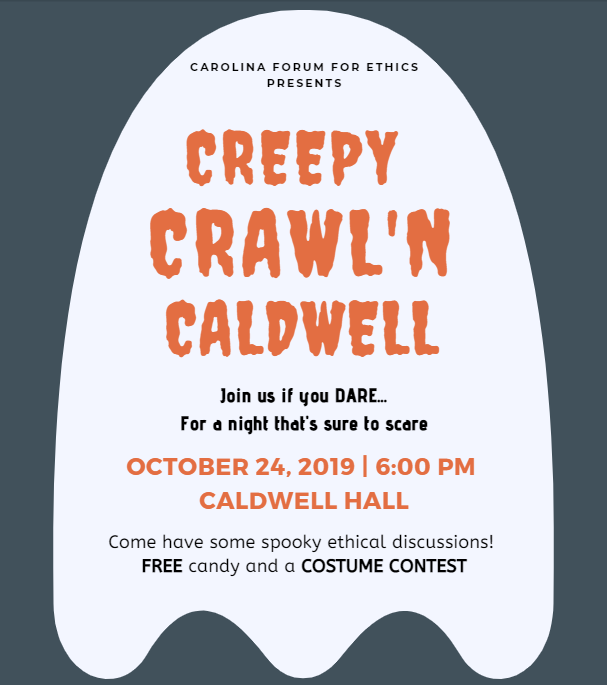 The Carolina Forum for Ethics, UNC’s first and only Undergradaute club dedicated to exploring and discussing Ethics, were inspired by the age and innate creepiness of Caldwell Hall and decided to decorate for Halloween! Many spider webs (some real, some fake), a tape outline of a person, and numerous pumpkins later, the club held their first event of the year, “Creepy Crawlin’ Caldwell”. At this event, there were three rooms of horror where students could discuss scary ethical dilemmas such as violence in the media, assisted suicide, and the environment impacts of fast fashion.

Join them at their next event, “Eating Ethically” in November!